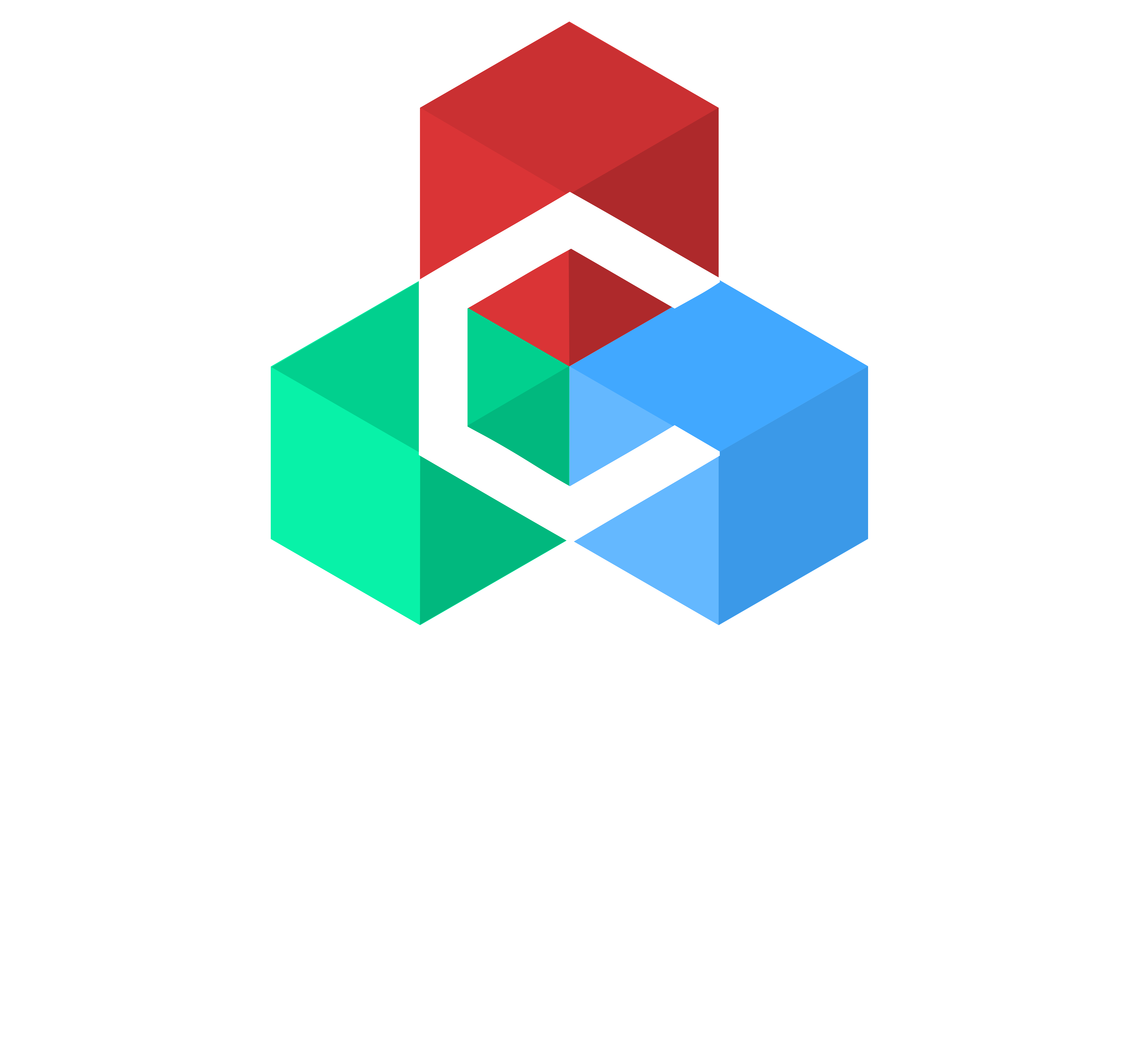 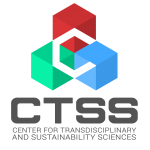 Pangolins are scaly mammals, with long tongues and have no teeth. There are 8 types of pangolin species spread all over Africa and Asia. Pangolin in Asia consists of 4 species; they are Chinese Pangolin, Indian Pangolin, Philippine Pangolin, and Sunda Pangolin (Manis Javanica). The Sunda Pangolin is the most widely distributed species in Southeast Asia [1] [2]. Pangolins live in lowland tropical rain forest habitats and ecosystems. Habitat and ecosystem damage is a threat to the existence of Pangolins. Threats to the existence of this species also come from the increasingly rampant hunting and trade of wildlife. 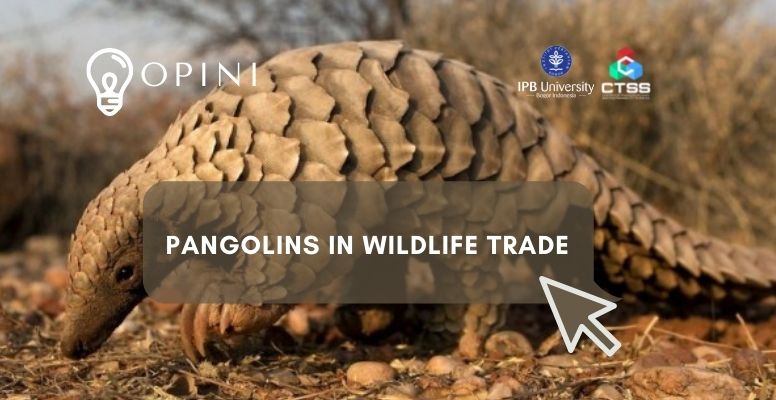 Pangolins are scaly mammals, with long tongues and have no teeth. There are 8 types of pangolin species spread all over Africa and Asia. Pangolin in Asia consists of 4 species; they are Chinese Pangolin, Indian Pangolin, Philippine Pangolin, and Sunda Pangolin (Manis Javanica). The Sunda Pangolin is the most widely distributed species in Southeast Asia [1] [2]. Pangolins live in lowland tropical rain forest habitats and ecosystems. Habitat and ecosystem damage is a threat to the existence of Pangolins. Threats to the existence of this species also come from the increasingly rampant hunting and trade of wildlife.

However, it is unfortunate that Sunda pangolins currently listed as critical status (CR) in the IUCN Red List. This status has been started since 2017 where previously the pangolin was in the EN (Endangered) position [3]. This drastic reduction in population is suspected due to the increasingly widespread illegal trade. In Indonesia, pangolin is a protected animal according to Law (UU) No. 5 of 1990. Although the existing regulations clearly state that Sunda pangolin is a protected animal, hunting and illegal trade are still uncontrolled until now, the cases are increasing. and the number of hunting is getting bigger [2]. Pangolins are hunted mainly for their meat and scales. The meat is consumed as a luxury dish or a local source of protein. While the scales are used for ingredients in traditional medicines that can improve the health of the body. In several references and previous studies, it is known that pangolin scales contain the active substance Tramadol HCl which is an analgesic active substance to treat pain, and is a substance binding particle in psychotropic methamphetamine  [1]. Tramadol HCI is also an active substance which is one of the analgesic drugs used to treat acute or chronic severe pain and postoperative pain [4].

Based on the cases found from 1999 to 2017, there were around 192,567 pangolins being a key species traded in illegal trade actions [5]. The number comes from 1,557 seizure incidents globally and includes all types of pangolins. The majority of seizures in Indonesia (83%) indicate that Sumatra is a source of pangolin hunting, which is in fact connected to the Sunda mainland linking route between Indonesia, Malaysia and Singapore—with Medan, North Sumatra. This is a trade route and is referred to as the main collection point before being exported [5].

Pangolins have become a lot of headlines in the news so that many people do not feel disturbed anymore when they hear conversations or discussions about pangolins. The headlines that cover pangolins are nothing but the cruelty of capturing tens or even hundreds of live pangolins, tens of kilos of pangolin scales that are ready to be delivered to dealers to be smuggled to certain places.

Manis javanica has been listed as a protected animal in Indonesia since 1931 [6]. Massive shipments of all illegal wildlife in Asia, approximately 55% of shipments are destined for China. Other destination countries for shipments of all animals in large quantities are Malaysia, Vietnam, Thailand, and Singapore. Most of the bulk shipments of intact animals came from Indonesia (36%), and Malaysia (36%). [6]. Indonesia is estimated to lose up to 10,000 pangolins per year (2010-2015) due to Illegal Wildlife Trade (IWT), the majority of which originate from Sumatra [7].

Based on the results of the observation it is found that, the perpetrator of the crime repeats the same crime even after he receives punishment for his previous crime. The recidivist is entangled in Article 21 paragraph (2) and Article 40 paragraph (2) and violates Law Number 5 of 1990 concerning Conservation of Biological Natural Resources and Ecosystems. The punishment for the perpetrators of the crime is a sentence of 5 years in prison and a fine of IDR 100 million [8] [9]. However, at the time of committing his first crime, the perpetrator was only sentenced to 4 months in prison and a fine of IDR one million. Seeing the minor of the punishment given to the perpetrators, it can be concluded that the punishments and sanctions given do not have a deterrent effect because the perpetrators return to illegal business. Investigation of this case takes a long time, requires a lot of patience, and costs a lot of money. Meanwhile, the punishment given to the perpetrators is not commensurate with the efforts made during the monitoring and arrest process. Insignificant penalties from the government can be one of the reasons for the skyrocketing capture of protected animals.

Malaysia, Indonesia, and Vietnam were revealed to be the main source countries for dead pangolins, while the countries with the most smuggled pangolin scales were Nigeria, Cameroon, and Myanmar, with the destination country is China [10]. With the facts that have been revealed by the media and research from experts regarding the fate of the threatened pangolin, the government should focus more attention on the process of protecting this animal population and providing appropriate punishments and sanctions for perpetrators of crime.

In an effort to lower the wildlife trade rating, apart from focusing on improving regulations and laws on wildlife protection, it must also refer to efforts to reduce market demand for products derived from protected animals. Pangolins are increasingly becoming the most wanted animal in the wildlife trade because besides from their meat for eating and their scales, they can be used as medicine and cure various diseases. Pangolin scales can be used as a base for methamphetamine because they contain tramadol HCI, a synthetic opioid used as an analgesic. There are also several news sources stating that pangolin scales have the potential to be used in the manufacture of methamphetamine due to the purported presence of tramadol HCl and this unfounded claim continues to be echoed by the media.

The US Fish and Wildlife Service conducted a study in early 2019 on scale chemotypes in 104 individual pangolins representing all species. Their results showed that none of the specimens indicated the presence of tramadol. The news or the assumption that pangolin scales contain tramadol analgesics have been disproved by the results of this study. Seeing the skyrocketing demand for pangolins in the market, it is very important to correct the wrong assumptions circulating in the community. The disclosure that pangolin scales do not contain tramadol is expected to reduce market demand and of course have an effect on decreasing hunting and illegal trade in pangolins [11]. 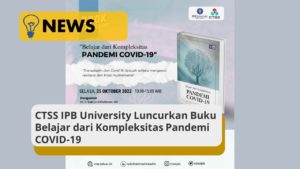 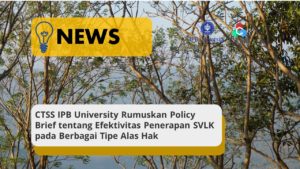